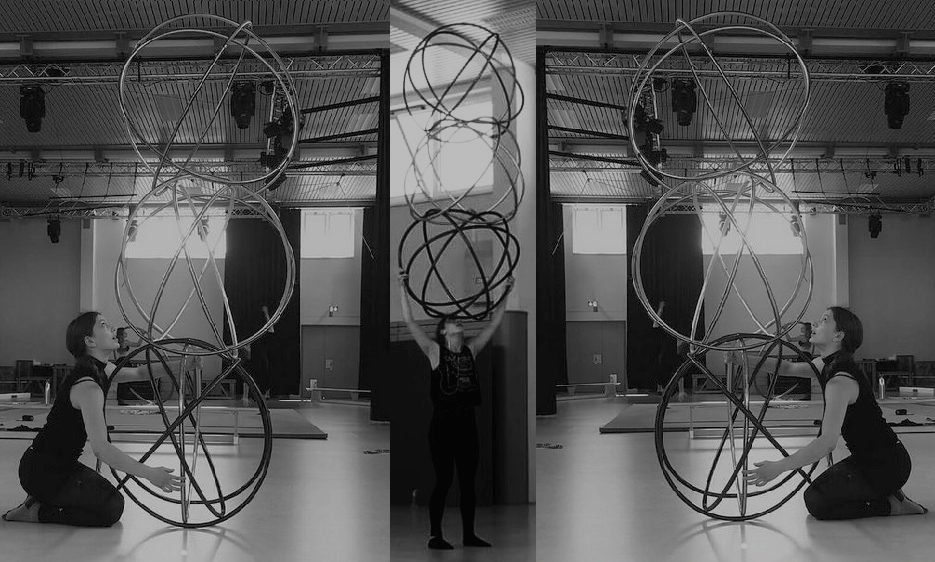 Soschia Werner is a German juggler specialising in Hula Hoop manipulation and aerial silks.  Her intrigue in circus started when she was a child by watching and mimicking other artists.
Enthusiastic about this art form and in the absence of a circus group in her small village, she persevered and founded her own circus troupe „Zirkus Krone Plaidt“ with a few friends, and not long after, they started performing together.

In addition to that, she started working on her own as a performer and teacher at parties and festivals such as the „Pellenzer Open Air Festival“ and „Anderweltenfestival“ as well as various other events including the „Plaidter Karneval“ or the „Andernacher Kulturnacht“.

After finishing school, she was then accepted to continue her circus education to be a „statecertified stageacrobat/ Artist“ at „Die Etage“ in Berlin where she trains full time. On a more artistic level, Soschia is also currently working with the topics of space, creation/ destruction and the connected fragility by adding sculptures formed from hoops to her juggling technique.

More recently, she was also performing and working behind the scenes in various shows like „2121″ in „Circus Mond“ and „Sonderbare Irre“ in „Ballhaus Ost“.
Her personality is described as a crazy mixture of an organization freak and creative chaos.
She is a joyful always smiling person thats fun to work with.